Not everyone buying Tekashi 6ix9ine idea and it is a lot of mess if you are Tekashi’s fan hoping on Tattle Tales stomping chart soon. Well looks like something you might be missing about Tattle Tales is not striving any longer.

Tekashi 6ix9ine has dropped his first album since prison release though Tales album is simply not getting supports from contemporaries in hip-hop. Having said the second studio album projected strike heavyweight No.1 but that’s just prediction from HitsDailyDouble although all have flipped.

Hmmm, but the sad story is that the album was projected to move around 150,000 equivalent album sales and possibly debut at No. 1 on the Billboard 200 chart. Though new report noted Tattle Tales has fallen to 100,000, cause slew of clowns, memes of sorts from different rivalry rappers.

So why the heck online. Without being told Tekashi 6ix9ine since Testifying he has had rough relationship, new foes including Lil Durk. Tattle Tales album dropping just erutp rapper Blueface, Lil TJay and Lil Durk to clown the album in question following DJ Akademiks post. 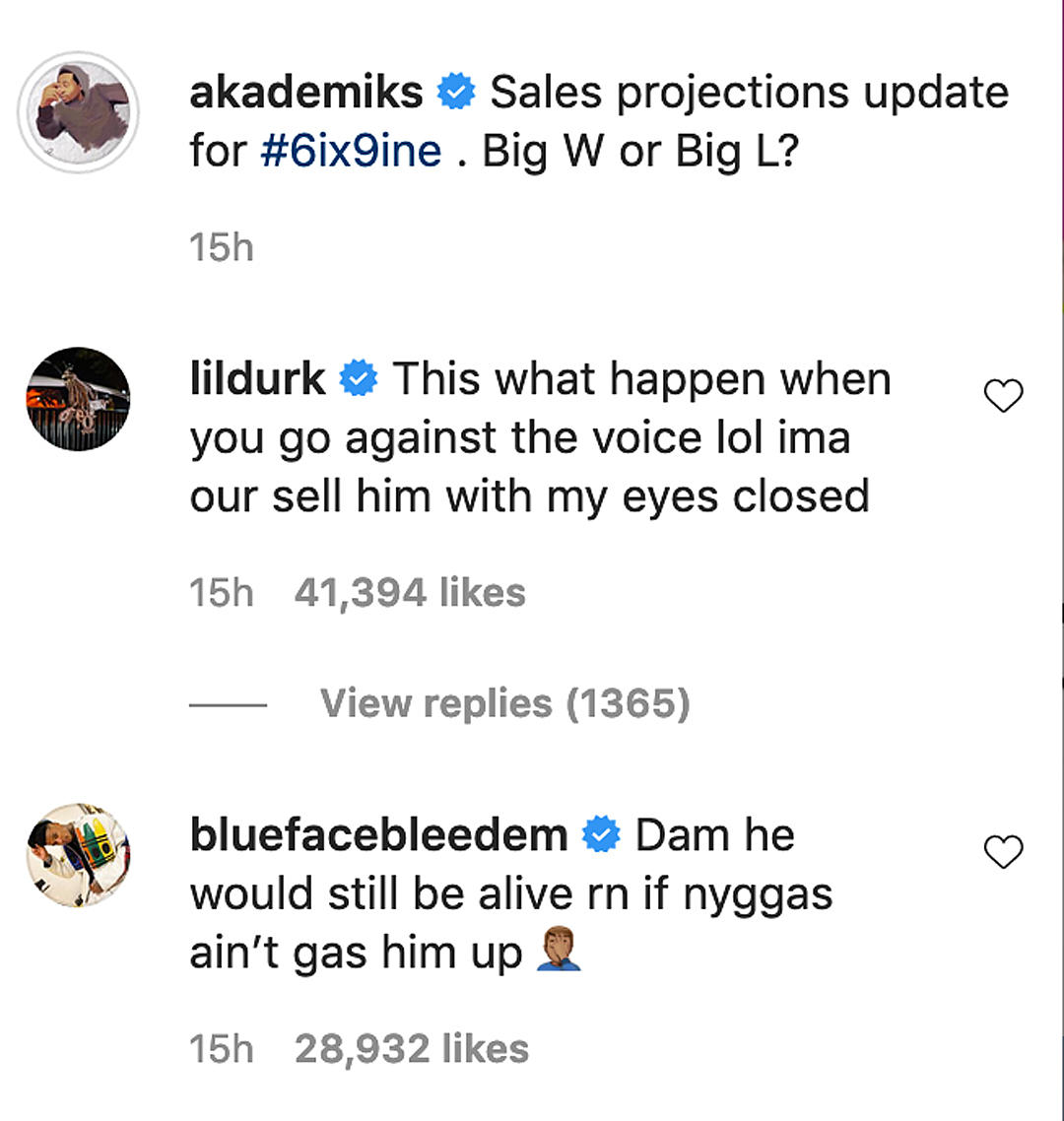 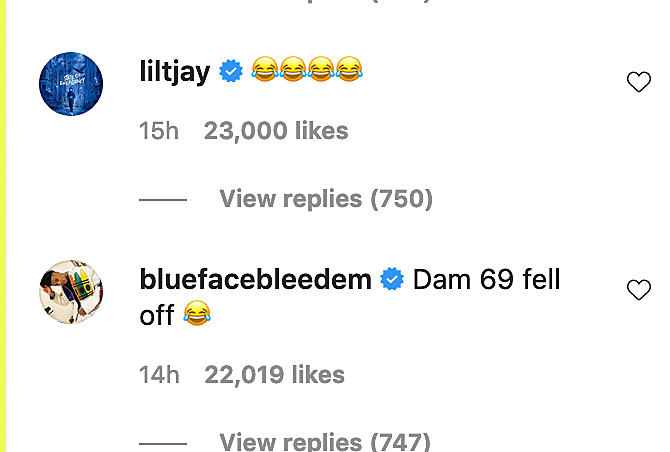 Tekashi 6ix9ine new beef artist are Meek Mill, Lil Dirk, Blueface, Lil TJay, Lil Reese and more took shot at 6 9. However the rainbow hair rapper is not slowing down for any reason, of course there is more albums releasing later this year ?