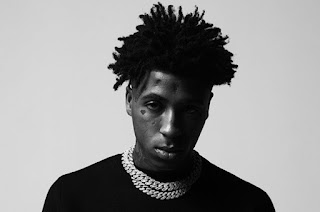 Just a surprise right, but the Top album is finally out more feature following Callin featuring Snoop Dogg which was released same this month.

Streaming Nicki Minaj 2020 songs compilation, then we did mentioned NBA YoungBoy linking up with Nicki Minaj on new album. Looks like Nicki is not featured on Top album despite rumours spotting them on video shot.

Hopefully, fans are not giving on Nicki Minaj NBA YoungBoy unreleased single but if there is astonish maybe that is Lil Wayne who also featured on NBA YoungBoy Top album. As promised, the album was slated to hit store this month and here is it with 21 tracks serving as the tracklist.

So far, NBA YoungBoy and Snoop Dogg have appeared on Amahiphop September Hip-hop videos using Callin official video. However, there might be more video from the album but as for now stream NBA 2020 Top album below.

Wizkid Said He Has “Already Made” Album to Drop