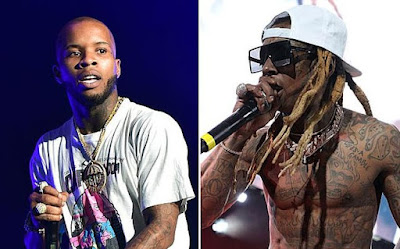 Prestigious Tory Lanez and Young Money Boss Lil Wayne have turned up a new hit. Lanez who decide to make this year profitable has dragged Liltunechi along his new song Talk To Me. Though the song is now a remix of course we once hear the official single where Lil Wayne was absent then but both American rappers have put for together to initiate the success on this particular track.

Lil Wayne The Carter V was conferred after his contractual with his once Cash Money Boss Birdman. Well, that was an extremely awful moment as they battle over some consecutive year yet they made peace for the sake of the same The Carter V. Listen to Talk To Me Remix and guess what?

Nas and Remy Ma Have Drop New Song The Mecca

Chris Brown Shares New Song “Back To You” Listen