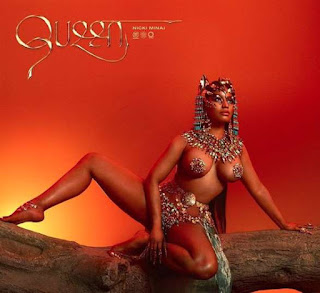 Nicki Minaj has been on rival with Cardi b and their respective album has also shown the source of their feud or online altercation. Minaj has prolonged her fourth studio project and many of us have observed it maybe she and Cardi b are seriously wanted the odd side on who will be the first to leave a project streaming on Apple Music, Spotify, and the rest of online streaming services. Theoretically, we all knew it that Minaj is sitting on her foes sits and them all want to pull the woman who called herself the queen of the rapper. Meanwhile, Nicki Minaj and Card b internet brawl are not the first nor the second but Nicki Minaj has faced some divas like Remy Ma and Lil Kim.


Cardi b has released her anticipating album after the waiting from her fans now is left for Nicki Minaj to justify that “Invasion Of Privacy” is a wrack album so we will stream that below. Cardi b pull out a juggernaut album to leave Nicki Minaj on the assiduous moment and to let her bring out a strategy that will let the fans to grip on her as the online female rapper alive? So what exactly do you think about the Invasion Of Privacy because we all knew that Bardi is pretty cool with her album and she has been waiting for Chun Li rapper to land on Sportify with her new project?

Nicki Minaj’s fourth album is called Queen guesting hug and high profile artists. The album feature Lil Wayne as the mean young money boss. Drake was absent on the queen album and we keep asking why drake is not on Nicki Minaj queen album. The album comes with 19 tracks which can be subjected as a track-list of Nicki Minaj Queen album. Is a landmark album that suits all her fans after welcome artists names like Eminem, Labrinth, Lil Wayne, Ariana Grande, The Weeknd, Swae Lee,  Future and Foxy Brown. Stream the album below and share it across.

Pop Smoke ‘Shoot For The Stars, Aim For The Moon’ Projected to Return to #1 on Billboard 200

Diddy Said He Is Greatly Proud Of MGK For New Album