A FLASHBACK TO RIHANNA’s ‘ANTI’ ALBUM BEFORE R9 – STREAM 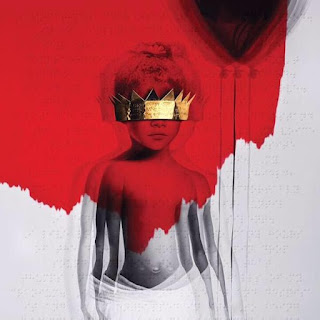 Probably the R9 is even on the way but still leaving everyone asking when is the album truly getting to the bus stop. Some relentless fans has developed much fondness on Rihanna’s upcoming project but is that what we are waiting for ? However, before we get the definitive list of the full compile track-list of R9, Amahiphop still wants us to peek on the last album ANTI which surfaced during the year 2016. There’s a lot going on its guts, yes i mean the R9 which has been one of our anticipating album we are expecting in the annual.


Following the flash recent clue where RiRi  Shares Another Studio Clip As Fans Push Her For R9 Album, it shows we are already getting the R9 things yet not officially justify if the singer is really working on her next project. Since her music career   seem to crew like a snail under the umbrella of been absent on a new album, some of her fans then insulate that Rihanna is Off, no longer cares and many even think she’s now an obsolete to her Music.

While she’s also a businesswoman who likes to run her own entrepreneur but categorically Rihanna has strain herself, striving to  immerse to what will still get her entertainment steaming like before. Sure R9 is coming this year? but we still need to re-stream to ANTI.

ANTI was debuted in the past years although shouldn’t be a decade. It was released in 2016 with some landmark artists like Drake,  SZA, Tyran Donaldson, Kuk Harrell, PARTYNEXTDOOR, Travis Scott, The Weeknd, and more. Well, that was extremely  tremendous features but will still want more artist this year on R9 album irrespective what she said about the album which is coming as a dancehall.

The ANTI album is also a Deluxe album and also welcome about 13 tracks which can be stream on tidal.