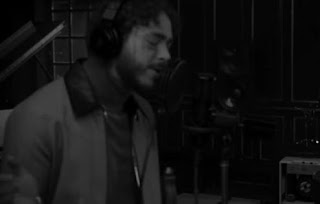 Post Malone prove his career again with  new single with the support of Swae Lee as they get a new video which was driven from Spider-Man soundtrack. Post Malone keep maintaining his worth with his music not even only last year but following the post few years Malone has grip heard to prove quality tracks. So here comes a new video which most of his fans been on anticipating. Below you stream the latest video called Sunflower which we previously heard the audio elsewhere now the new video is available here on amahiphop.

Another hint about this track in question is that it has leap to number three on billboard Hot 100, what great as most Post Malone songs keep surprising us.

Nas and Remy Ma Have Drop New Song The Mecca

Chris Brown Shares New Song “Back To You” Listen